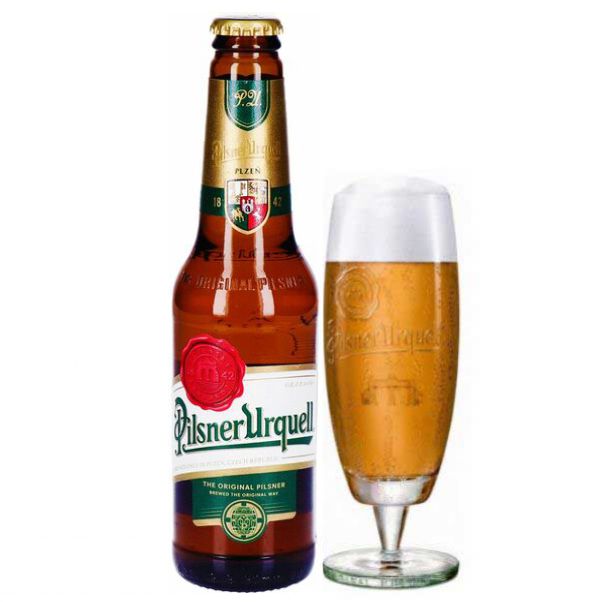 Admin Istrator Tin tức ,
Pilsner Urquell is a child of both bohemia and bohemianism, which today is center of the
Czech Republic. The excellent PU beer associated with Josef Groll – a grumpy genius
With visionary capacity. Josef Groll has opened a new era in the history of brewing.
He has done the opposite of what was possible: bottom fermenting process, with the
finest local ingredients at Pilsen: special type of two-row fine-husk barley, the locally
grown Saaz hops and of course the uniquely soft local water behind the sandstone rock
300m
On October 4, 1842 in St Martin’s market, Plzen - Josef Groll unveiled his new creation
to widespread sensation. After all, a golden beer had never been seen before, the beer
quality revolution was a global successful.
Pilsner Urquell beer canies characteristis of bitter before the sweet later, with very bold
flavors, yet containing only 4.4% alcohol content, lower than many other beers.
For nearly two centuries, Pilsner Urquell Beer has been produced salely at the its
originating factory at Pilsen – The Czech Republic. Generations of master brewers have
maintained an obstinate dedication to ensurering that Pilsner Urquell provides the same
unique experience as it did back in 1842 ensuring.
To honor and preserve the identity of Pilsner Urquell, , the famous architects of the
Czech Republic have organized a special exam in which the examiners is required to
design a special model that reflects not only the culture of drinking beer of the Czech
Republic from the previous centuries to the modern time but also the culture of making
beer for hundreds years of this country.
The design of Jiri Hanslik had been selected by Plzen brewery in 1995 and the
very first Pilsner Urquell Original Restaurant that serves draft beer had been opened in
the Czech Republic. Until now, there have been 18 such Pilsner Urquell Original
operated. Then such restaurants have also been opened in other countries such as
Germany, Sweden, Russia, Ukraina, Slovakia and so on. In 2014, Jiri Hanzlik came to
Hochiminh and directly designed the Pilsner Original Hoa Viên. On July 2014, the first
Pilsner Original Hoa Vien Restaurant has been operated in Hochiminh, this is also the
first one ever opened in Asia.
In addition to providing the legendary Pilsner Urquell Draft Beer with the greatest
quality, it also offers a brand new way of dining, a beer drinking culture with a unique
original design, along with an design white still accomoelating to exquisite architecture
modern needs.
Add: 16 Pho Quang Str., Tan Binh Dist
www.hoavien.vn